How I Found My Vanagon 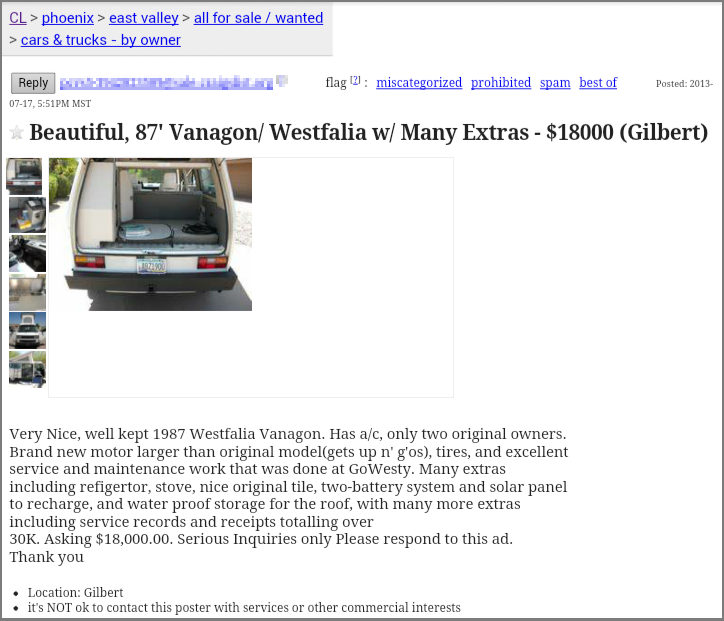 I’ve been in the market to buy a Volkswagen Vanagon Westfalia camper for the past few months and I had no idea they were so hard to find. Well, let me rephrase that. There are plenty out there BUT they don’t last on the market long at all so if you’re not the first person to look at it chances are you won’t be the new owner of the vehicle. Over the past 4 months I’ve found 3 in the state of Texas that were actually worth buying but once I called they were already sold. Ugh!

I figured my best luck would be to look out of state and simply have it shipped home to Texas. These Vanagons are VERY popular on the west coast so I began my search all over the internet. Craigslist and TheSamba.com were my 2 major outlets to search. Since I was looking to ship it home the current location of the vehicle was not a concern. I searched these websites daily everywhere from the west coast to the east coast in hopes of finding one I liked.

Over the course of 10 days I found 4 separate VW Vanagons I wanted and by the time I called I was either the 2nd potential buyer or higher. All 4 Vanagons sold to the first person that looked at them so I missed out. Talk about a let down. Ugh. I kept looking and found one on Craigslist in Phoenix AZ and it had already been listed for a couple of days by the time I saw the ad so I figured its probably already sold but sent an email just in case. It was listed on Wednesday July 17th, I saw it and contacted them on Friday July 19th and they replied saying it was still available and the earliest I could view it was Sunday morning July 21st.

Having looked over the ad and the extra photos the seller sent me I was excited to know that I would be the first person to view it so it could be mine if I wanted it to be. I immediately booked a flight for Saturday night July 20th and returning Sunday afternoon July 21st. I booked a car and Hotel room and I was all set. This flight would have ran me upwards of $1,300 round trip but luckily I had plenty of frequent flyer miles available and the flight only cost me 25,000 miles and a total of $5. Yes. $5 for the round trip ticket. Score! 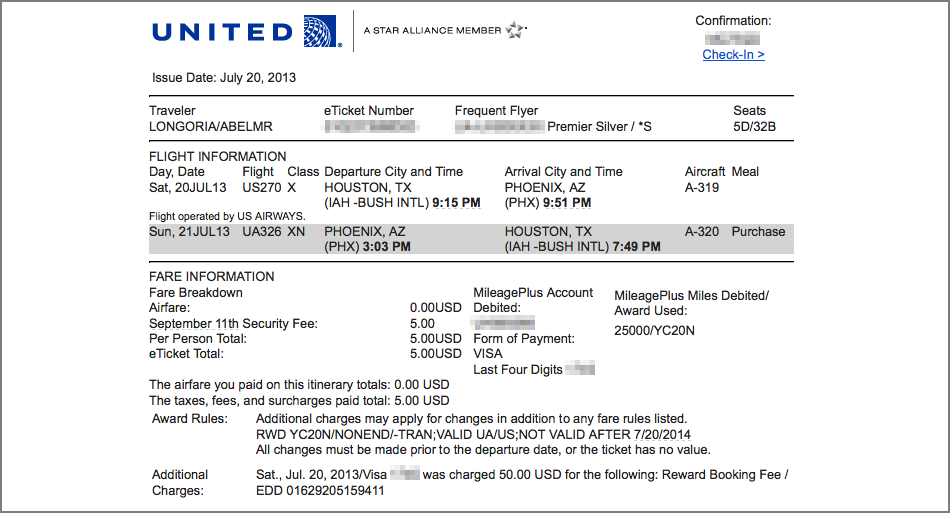 Next thing you know I was on a flight from Houston to Phoenix with a cashiers check in my pocket in order to take a look at the 1987 VW Vanagon Westfalia. I landed, got my rental car and drove to Gilbert AZ to check into my hotel for the night. I would not have spent all of this effort had I not been the first person to view the Vanagon but since I had dibs on it I figured it was worth a shot especially since I missed out on 4 separate Vanagons over the past 10 days. 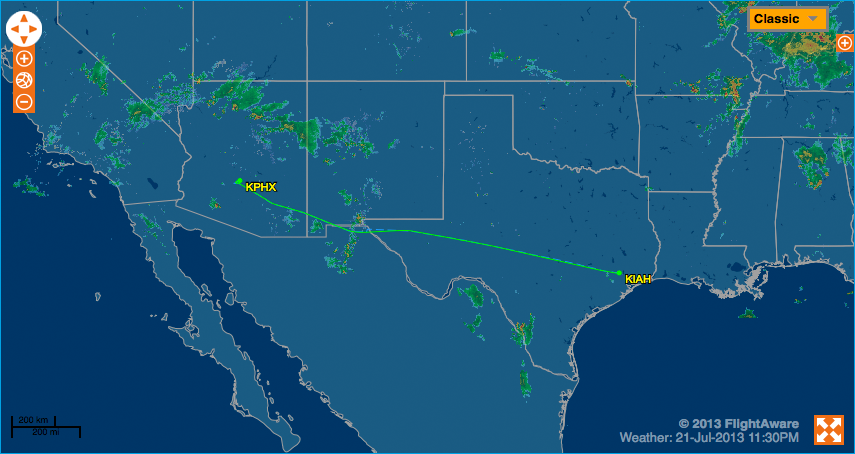 First thing Sunday morning I met up with the sellers and gave the van a proper looksee. It being a 1987 it was the color I wanted with the color interior I wanted. One of the first few things I noticed right off hand were the GoWesty.com upgrades which were the upgraded front and rear bumpers as well as the 16″ upgraded tire/wheel package. I looked under the body and noticed a lot of fairly new items so I can see there had been a lot of things replaced on it. The sellers also mentioned that the engine had been replaced in Novemeber 2009 at GoWesty.com which is one of the top notch Vanagon Westfalia shops in the country. 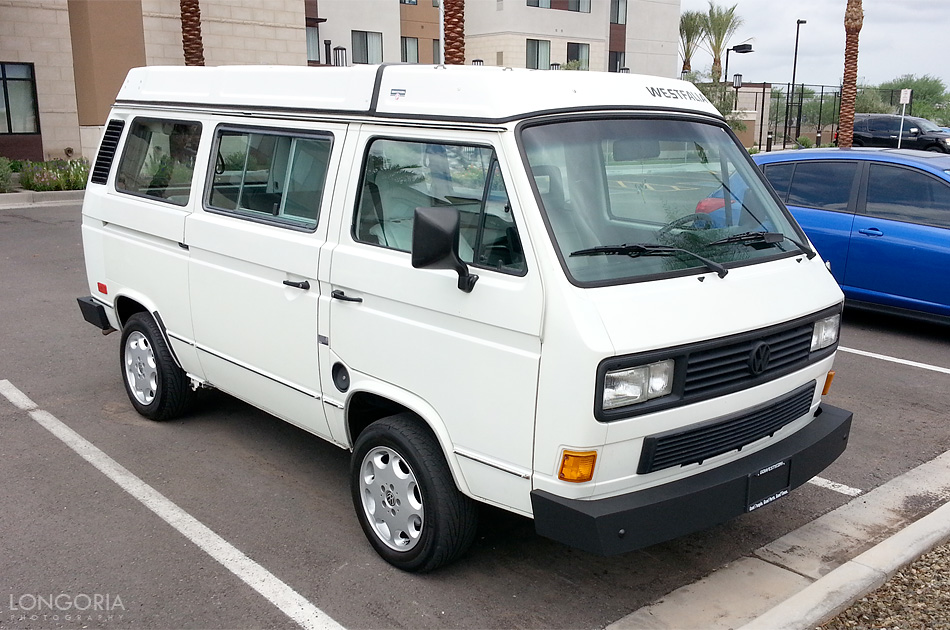 The sellers had about 16 pages of invoices from its stay at GoWesty and once I looked over them I just knew I had to buy this Vanagon. The invoices from November 2009 gave specifics on a ton of replacement and upgrade work totaling about $28,000. Wow. Items included a new 2.5L GoWesty engine, big brake kit for the front, new Bilstein shocks and a 16″ wheel/tire upgrade, new complete fuel system which included all line and even a new fuel tank, a new LP tank, new heating a cooling system which included hoses and radiator as well as a ton of other stuff such as a auxiliary battery system, solar panel charging system and a Engel refrigerator. 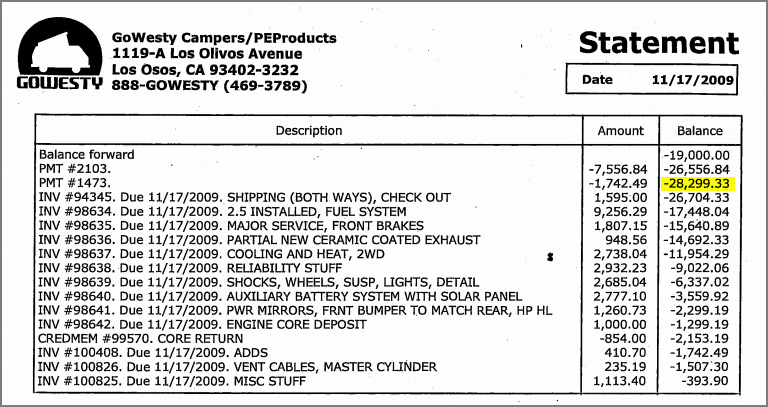 After seeing all of the detailed invoices and seeing the money invested in this Vanagon it was a no-brainer that I need to buy this one since it had a ton of work already done to it. One of the cons to buying a 25+ year old vehicle is not really knowing its mechanical history in regards to what was replaced when and what may need attention soon etc. Since this Vanagon had a ton of its mechanical history all spelled out for me that’ll save me a bunch of headaches in the future. I gladly handed them my cashiers check and started the process of purchasing it.

Their bank requires a 10 day hold on all cashiers checks so I won’t be able to ship the Vanagon home til it clears which was the one unfortunate part but the sellers were very understanding and did not mind the extra wait time. I mean I did just book a last minute flight to Phoenix, booked a rental car and a hotel room just to see and purchase the Vanagon. Before I left I asked that I get a copy of all 16 pages of invoices from the work done at GoWesty so I had something to read through on my flight back home to Houston. Every time I look over those invoices I notice something else that was replaced or added that validates my purchase even more!

Libby Is On Her Way To Texas

One thought on “How I Found My Vanagon”