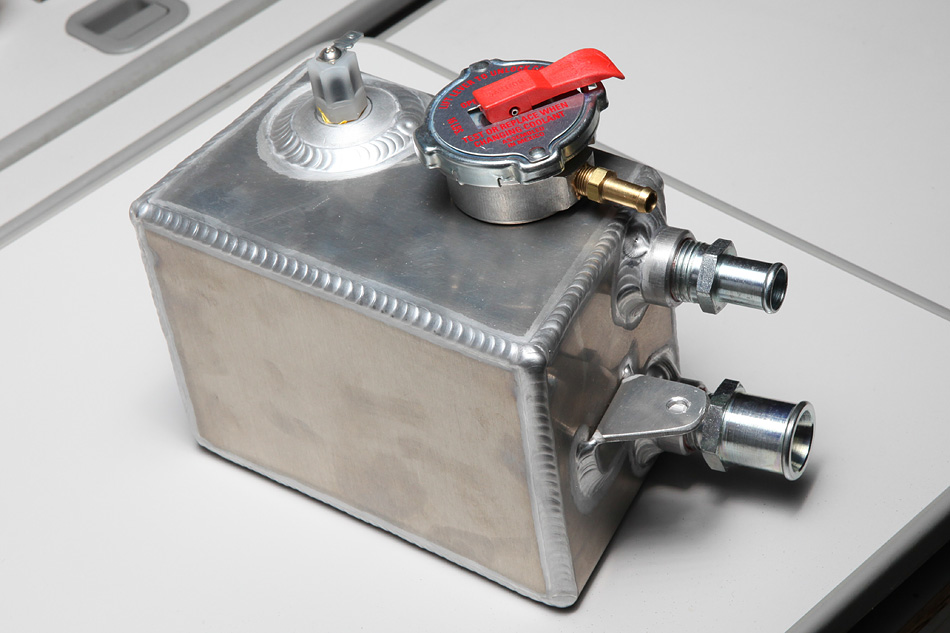 I just got back from a 4,700 mile round trip from Houston to Hollister California and only had one issue, a spun wheel bearing. Once I got home and let Libby rest for a couple of weeks I took her out of the garage and noticed she was leaking a little coolant. The Coolant Level Sensor on the top of the plastic coolant tank was seeping coolant when the tank was under pressure. Not good.

I tried removing the sensor, cleaning its threads as well as the threads in the tank itself, cleaned the o-ring and even tried some silicone sealant to get me by. No dice. It still leaked. I looked into replacing the coolant tank, cap and level sensor online and instead of replacing it with exact replacement parts I decided to upgrade to a Rocky Mountain Westy Aluminum Coolant Tank. Wow. This thing is nice! 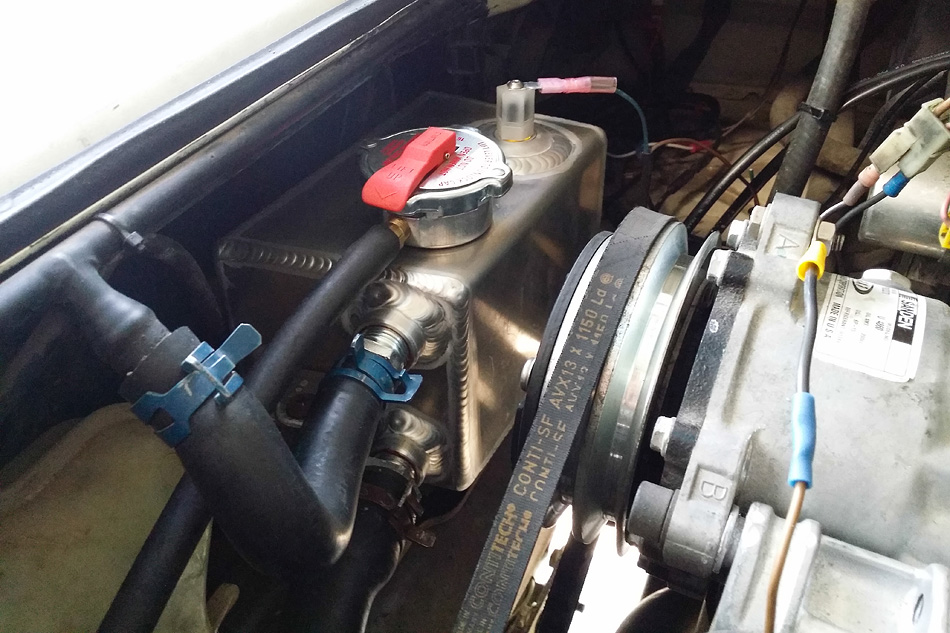 This tank comes complete with a new level sensor as well as a radiator cap that can be purchased at any auto parts store in the country. Its not a VW specific proprietary design cap which is nice to know if for some reason I’m on the road and have the cap fail I can replace it fairly easily at any auto parts store.

The install of the RMW Coolant Tank was very easy and straightforward. In fact it was much easier to install than the stock plastic tank was to remove. The RMW tank is a little narrower which makes it much easier to slide into place. The one thing to note is since the stock coolant tank is plastic, there were two leads (Blue/Green Stripe for positive and Brown for ground) and a connector that plugged into the stock level sensor. With the RMW Coolant Tank there is a sensor already installed on the tank. This sensor is a one wire hookup so you need to cut the Blue/Green Stripe (positive) wire from the stock VW level sensor connector and crimp on the supplied female wire connector. You do not need to cut or attach the Brown wire from the stock plug since the aluminum tank acts as its own ground to complete the circuit once its mounted in place. Just tuck the existing plug out of the way so it doesn’t interfere with the engine belts.

I plan to tackle the rest of the cooling system in the next few weeks. I plan to install Stainless Steel Coolant Pipes, Coolant Tower, Radiator, Lower Temp Fan Switch and a few hoses here and there with a refresh of 50/50 G11 coolant.