Roadtrip Photos on the Go 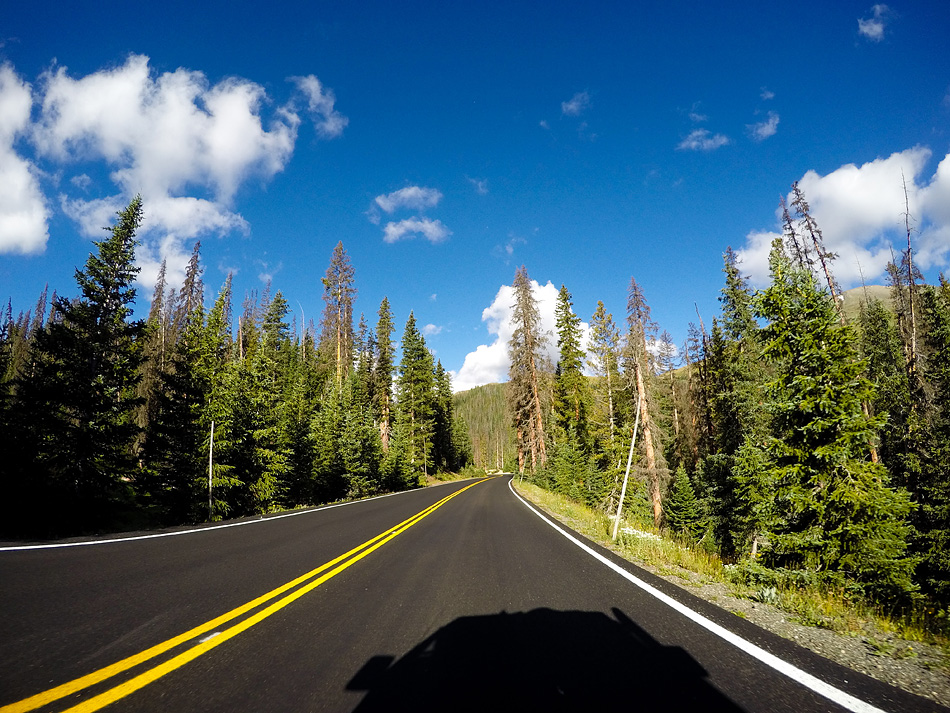 As a photographer, shooting photos on my road trips is VERY important to me. I guess this holds true for a lot of folks out there in general. One thing I did about a year ago was to mount my large Canon DSLR to a quick release plate on my center console. This was done so that it would make may camera more accessible without having it bounce around loose on the floor board. I had hoped this would allow me to shoot more photographs on my road trips but it didn’t quite do what I wanted. Don’t get me wrong, I love having my Canon DSLR within arms reach in the front of the van but this only works well if I pull over someplace for a few photos here and there. It does nothing for me in regards to taking photos when there are no pull-outs in order to stop.

After driving 4,800 miles from Houston to San Francisco and back I realized I missed so many cool photo ops while I was driving. I decided that before I head off on my next road trip to Colorado that I would try to address it and find a way to take photos while I drive. Safely.

I looked at a few different camera options and I found that the GoPro Hero4 Silver would probably be my best bet. Having never used a GoPro before (yes weird I know right) I had to do a little research and the things that attracted me to it were the ability to shoot photos (just not video) and an available wireless wi-fi remote. 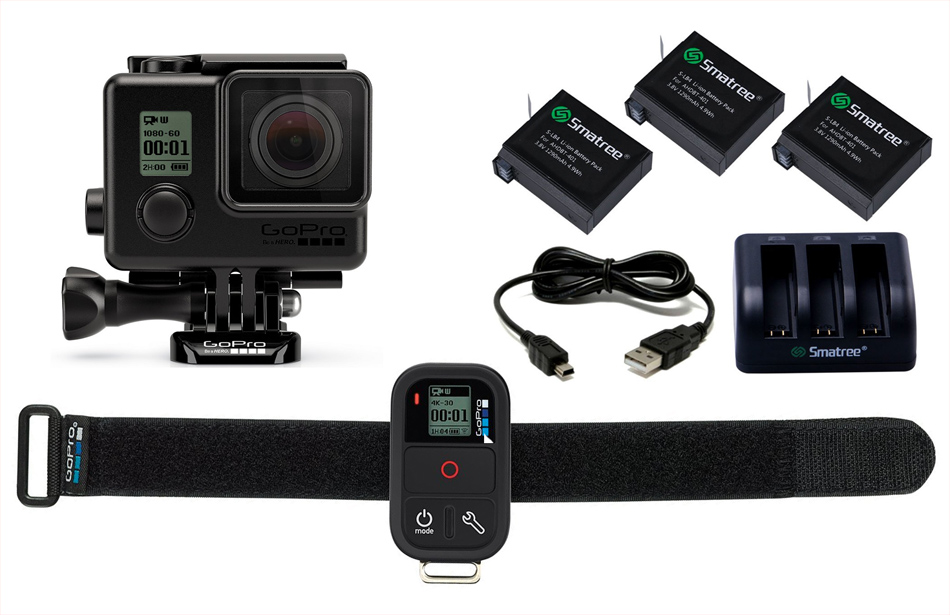 One thing I knew, I wanted my camera to be mounted OUTSIDE of the van. I didn’t want the camera inside the van because then I’d have to make sure my windshield was spotless all of the time. Yeah that’s not going to happen. Aside from the cleanliness of the windshield, I’d also have to constantly fight reflections, sun flares and of course having a portion of my dirty dashboard in every photo. Not good. 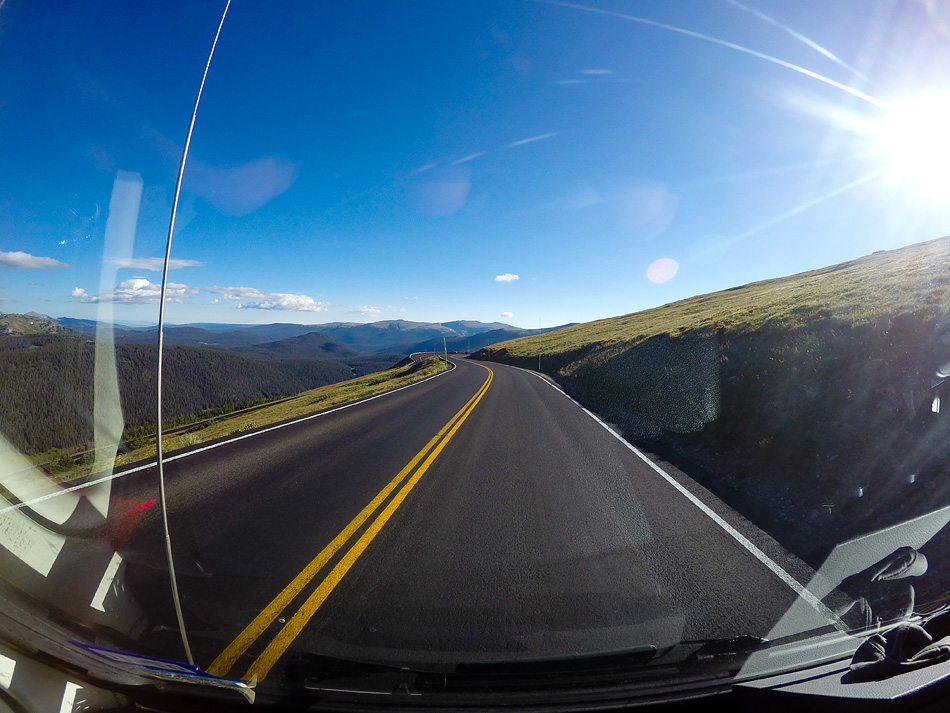 I decided to place one of the of supplied GoPro Flat Adhesive Mounts outside directly in the center of the van. These mounts use a strong 3M VHB adhesive which is makes the mount extremely sturdy and safe. Mounting the GoPro to the front of my van now eliminates a lot of the items I’d have to deal with if it were mounted on the inside. No windshield reflections, no worry about windshield cleanliness and definitely no dirty dashboard photo bombs in every photo. Sure I have to make sure the lens of the camera is always clean but thats a very easy task that doesn’t require much time at all. I got in the habit of wiping down the lens of the camera every time we stopped. Easy Peasy. 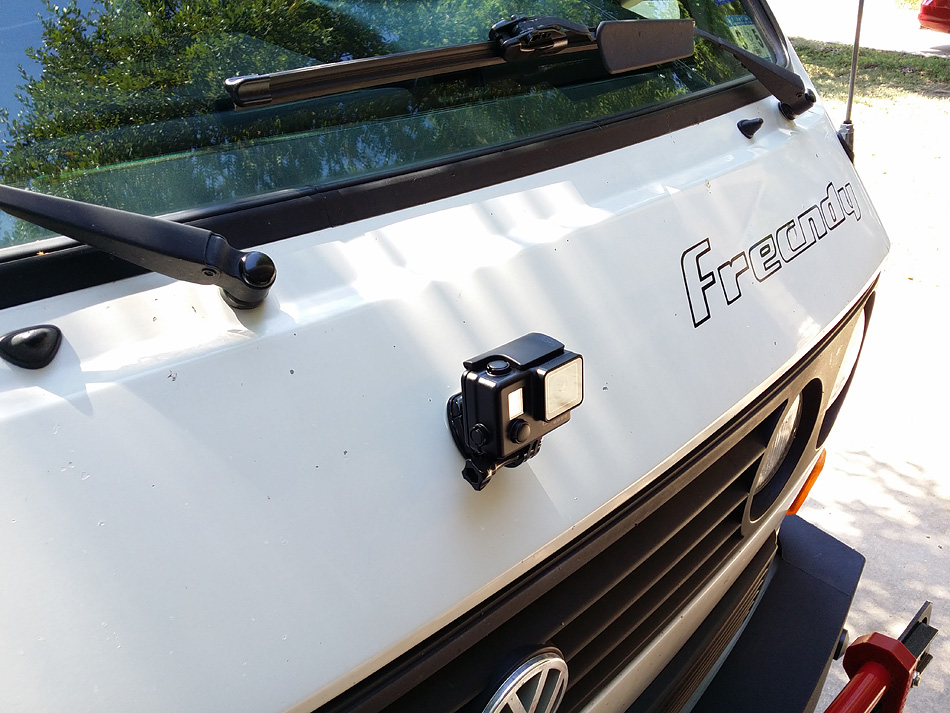 Now that I’ve mounted the camera to the van the next order of business was locating my wireless GoPro Smart Wi-Fi Remote. The remote comes with a velcro wrist strap so you can wear it like a watch or in this case, I mounted in around one of the horizontal spokes of my steering wheel. This allows me to drive with both hands on the wheel and wirelessly trigger the GoPro with a push of a button in order to take a photo.

The remote can also control various modes of the GoPro as well as the ability to turn it on and off. This way you can switch modes as you see fit or turn it on and off in order to conserve battery life on both items. 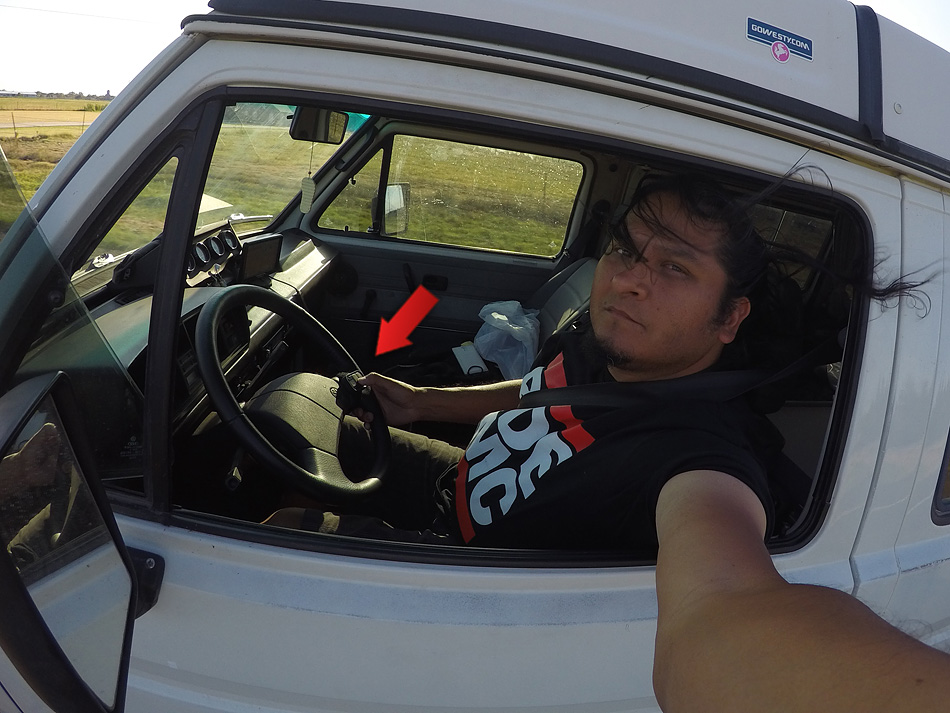 I had never used a GoPro prior to this trip. I literally received the camera, remote and spare batteries the day before we started the trip. It was very easy to setup and easy to use while on the road so if you’re intimidated by the thought of using one don’t be. It’s not hard.

One thing I did notice is that battery life is pretty poor when the remote is being used so I purchased the Smatree 3 Slot Charger and Spare Batteries to help. I simply plugged them up in the van so I always had 3 batteries charging while a 4th was in the GoPro. The remote is another item that can get low pretty quick so make it a point to keep a charge cable handy so you can plug it up whenever you’re not using it. For example, I’d plug the remote up to charge if we had any down time such as stopping for breakfast/lunch etc. This is another good habit to get into. I had it plugged up here while I waited for the guy to catch up… Photo not taken with a GoPro but photo shows the GoPro mounted on the van. 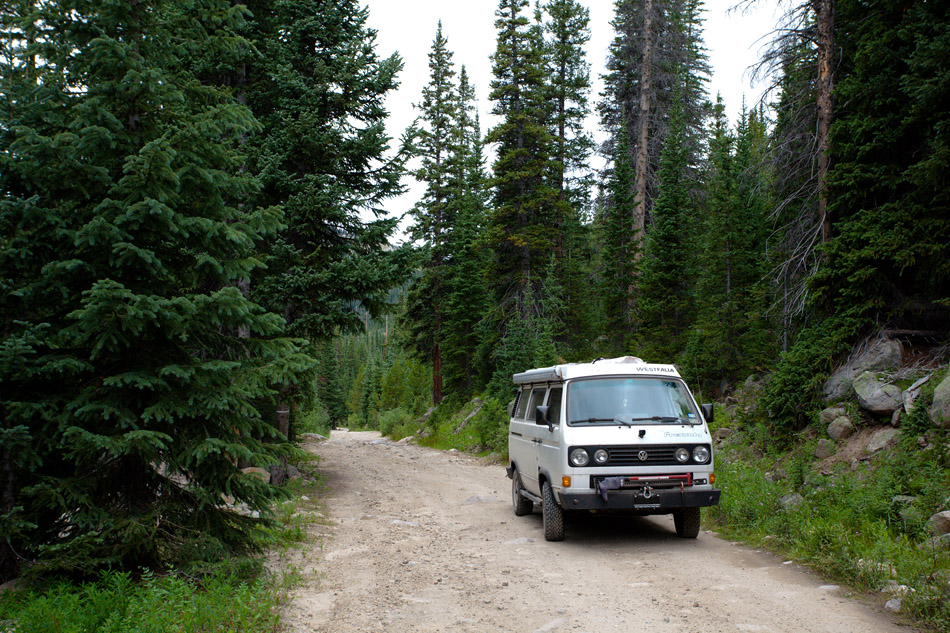 Here’s a little photogeek speak… photographers will notice that the GoPro camera is prone to some Chromatic Aberration as seen here in the upper left hand corner. It’s the “purple fringe” that occurs in the area where the very dark areas transition into the bright areas. Normally I’d hate seeing this but it can be corrected and scaled back in post production. I left it alone in this photo on purpose in order to point it out. Still not a deal breaker. 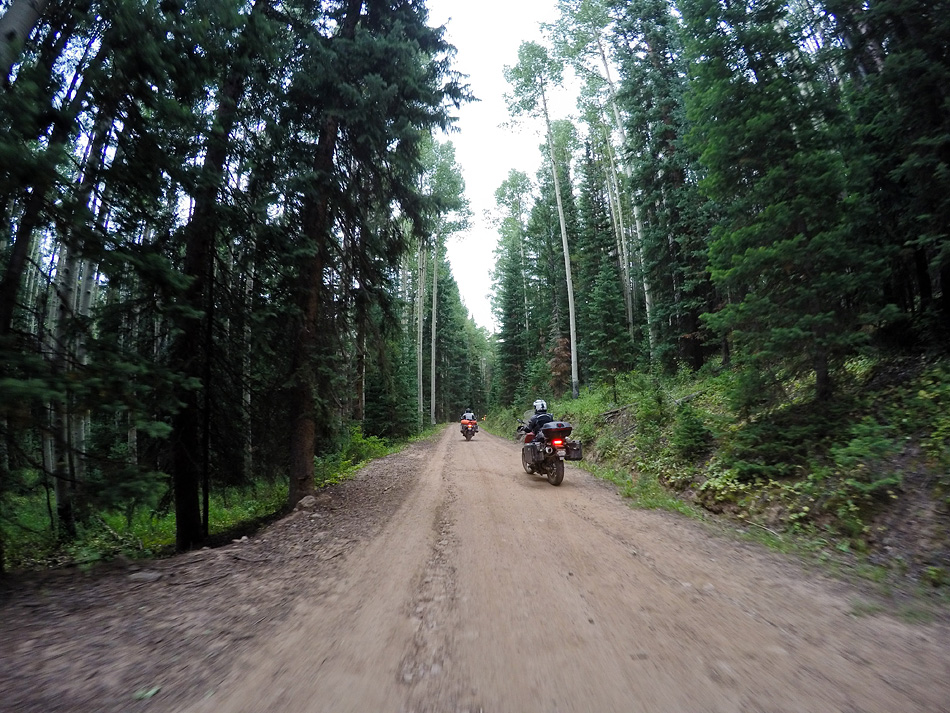 The GoPro App was very nice because I could connect to the camera and use its Live View feature in order to determine which angle looked best for the GoPro before securing it down. Once I was happy with a field of view I took note of it and simply placed it at that same angle every day. Another nice plus with the app it I could transfer all of my photos and video wirelessly to my phone at the end of every day allowing me to post them to social media sites and text to family back home. 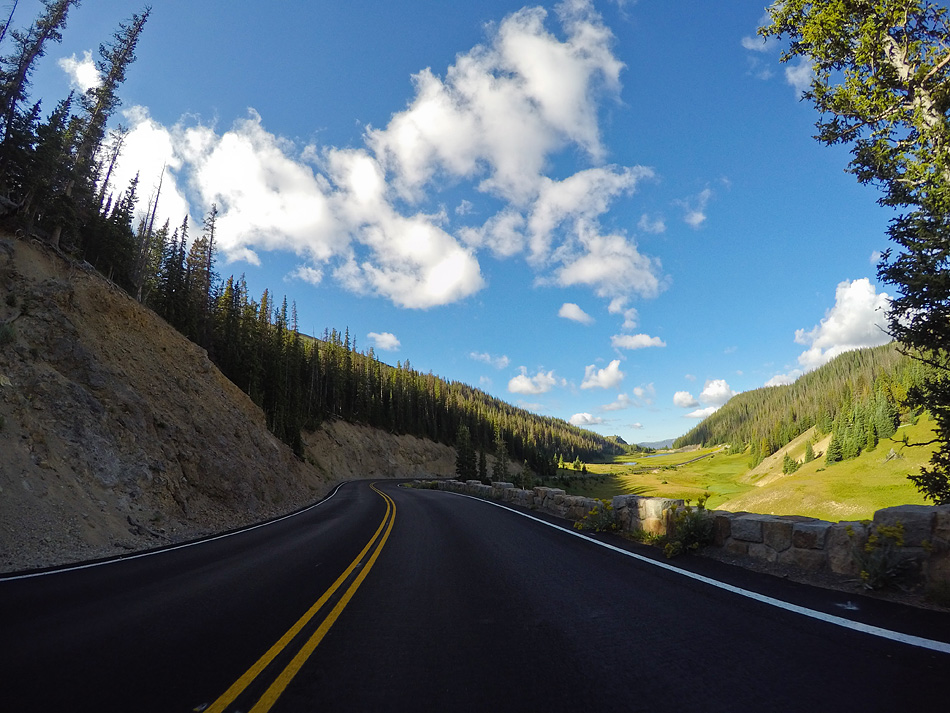 Instances like the crossing through the Eisenhower Tunnel just west of Denver would be a chore to shoot with my DSLR. And even then I’d have crummy reflections, no steady base for the slower than normal shutter speed and not to mention probably pretty dangerous trying to line up a shot with one hand and drive with the other. The GoPro made it easy. 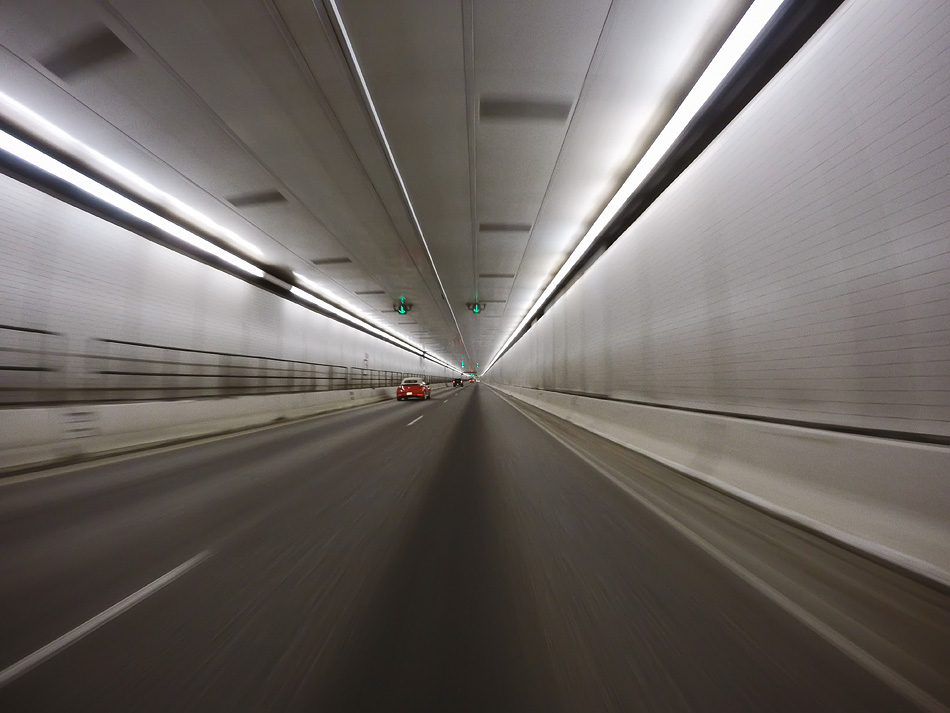 After the first day using this setup I immediately regretted not having tried this on my California trip. Ugh. I missed so many cool photos because I had no way to take photos while driving. Many of the cool vistas I saw had no warning they were coming up. It was just turn around a bend and bam! an amazing view only to have it quickly pass by before I could even grab my cell phone much less my large DSLR camera. I’ll be prepared for every road trip now though. 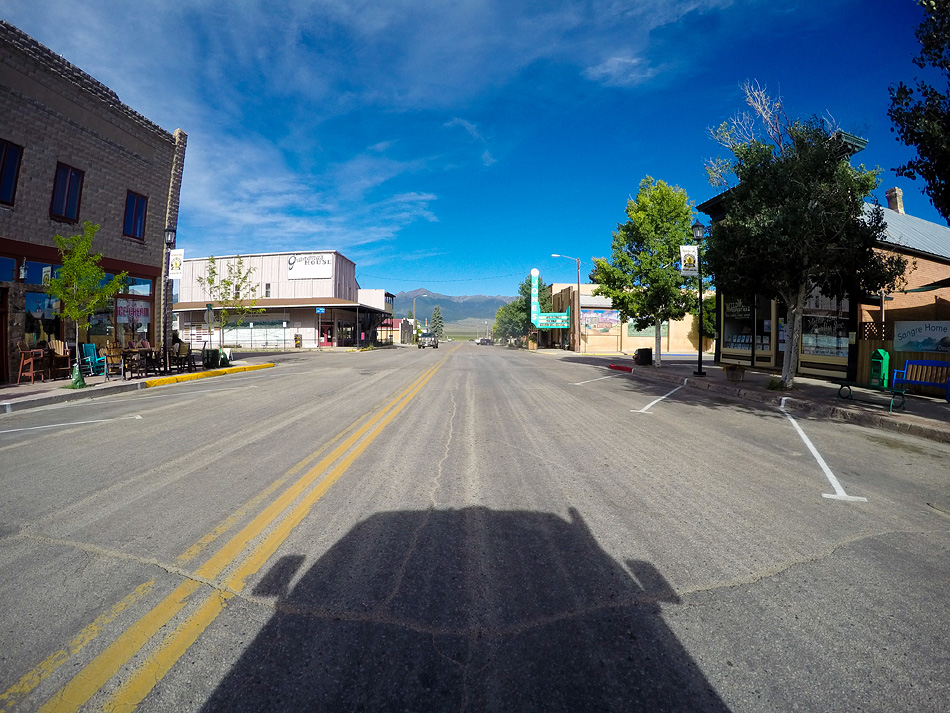 I am thoroughly impressed with the photo quality of this little camera. At first I was very skeptical on its ability to take decent photos but that quickly passed. When not driving I often times kept it in my pocket in order to use for photos in general leaving my big DSLR in the van. 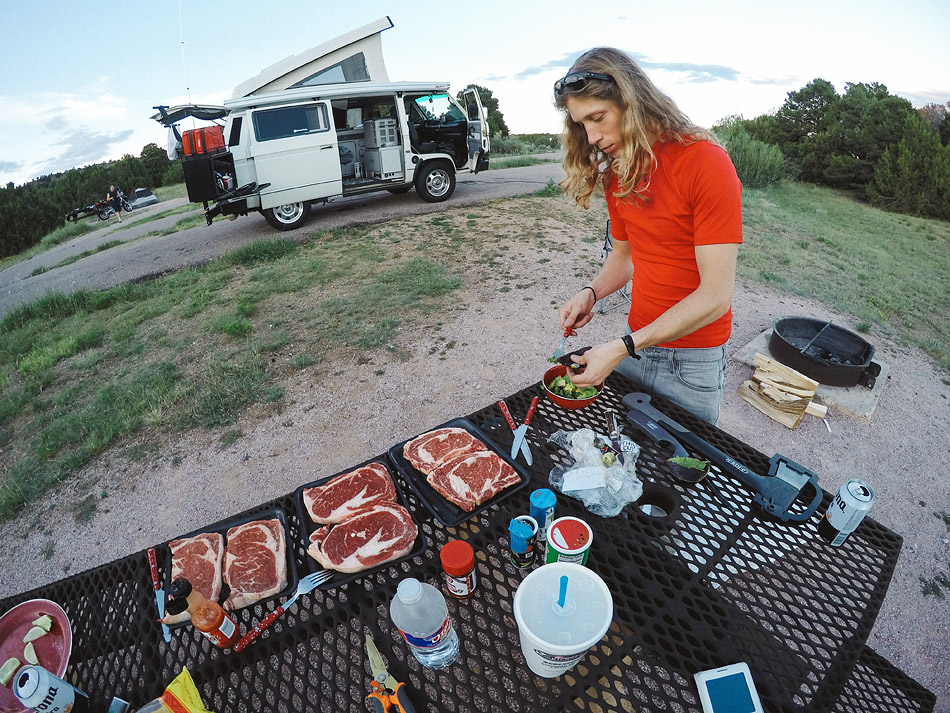 If you’ve been on the fence about doing something like this in order to better document your trip I say don’t put it off. Do it. You won’t regret it. 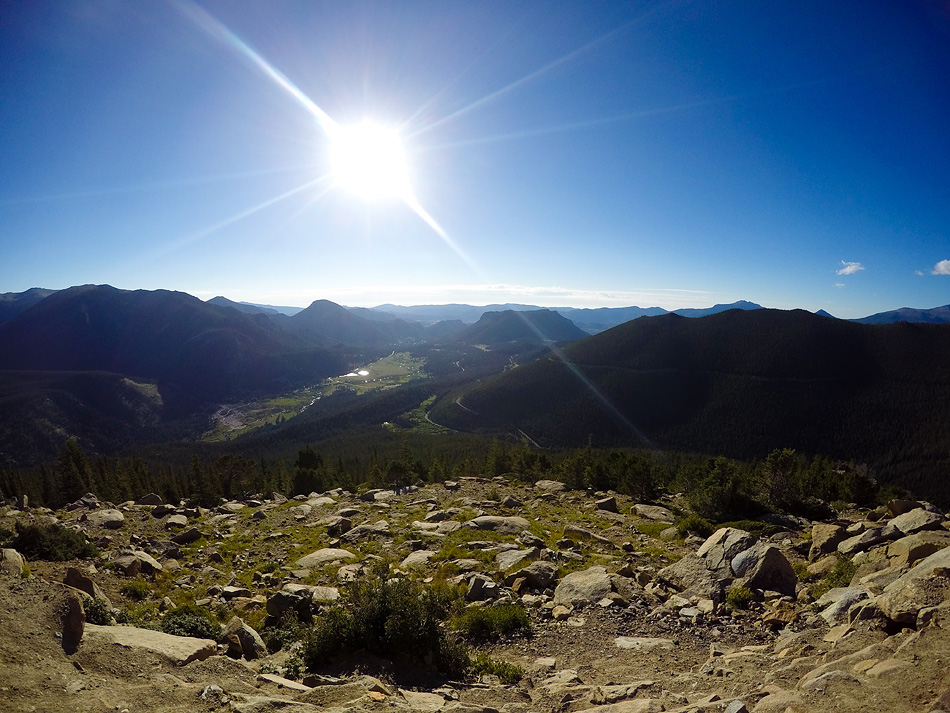 As a photographer my first priority is… duh. photographs… I had to remind myself this thing shoot videos as well! Hehe. Here’s a bit of video of me and my 1987 VW Vanagon named Libby making the ascent up to Hagerman Pass in Colorado. These were the roughest roads errrr… goat trails I had ever been on and Libby handled it like a champ!

3 thoughts on “Roadtrip Photos on the Go”